Guide to Behavioral Testing in Mice and Rats 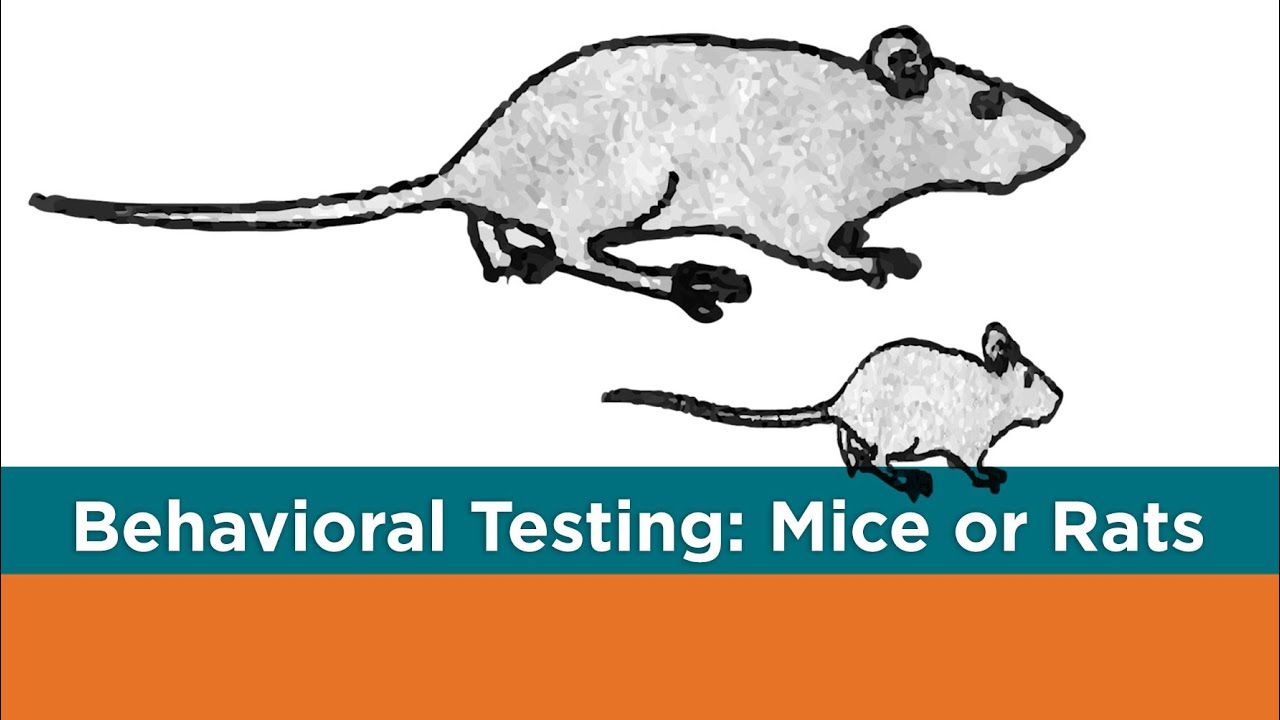 In both industry and academia, there is a diverse array of behavioral tests used to examine disease states, drug efficacy and toxicity, cognitive behaviors, sensory-motor function, social interactions, substance dependence and more in animal models. Behavioral research in rodents falls under the umbrella category of Behavioral Neuroscience.

What exactly is Behavioral Neuroscience?

Behavioral neuroscience is the study of the underlying neural or brain mechanisms that guide behavior (Kandel et al., Principles of Neural Science, 1981). Behavioral testing in laboratory animals is vital for understanding how the brain supports sensorimotor function, cognition, emotion, etc. In addition, it is essential for understanding how brain function is altered in various disease states including neurodegenerative and neuropsychiatric disorders.

There are many factors to consider when conducting behavioral testing in laboratory animals, namely rodents. These include but are not limited to the following: type of laboratory animal used (namely mice or rats), sex differences and strain differences, age of the animals, housing conditions, animal-experimenter interactions, etc.

If you are new to behavioral research or Behavioral Neuroscience it might be overwhelming to know where or how to begin. This is why we have created a series of posts on behavioral testing in laboratory animals in order to help you get started. We will cover (1) differences to consider when choosing mice and rats for behavioral testing, (2) how to choose the right behavioral test for your research, and (3) factors that influence behavioral outcomes as well as how to deal with them.

Part 1: Mice or rats? Which are better for behavioral tests?

A drawing showing the relative size of rats and mice.

Rodents, in particular rats and mice, have been the preferred animals for biomedical research for several reasons. Namely, they are readily available, easy to handle, can be genetically modified to model a variety of disease states, and are genetically quite similar to humans.

The quick answer to which is better is – well – it depends. There are several factors to consider when choosing between mice and rats for experimental behavioral testing, which I will explain below.

While there are many similarities between mice and rats, there are several significant behavioral and physiological differences to consider when making your decision.

Size. The average mouse weighs about 20 g while the average rat weighs about 10x that. If you plan to do several surgeries for your experiment, rats are often preferred because their larger size makes surgery easier. However, for experiments involving imaging, mice tend to be preferred. This is because their skulls are thinner, making optical access to the brain easier, and their small size makes them easier to position under the microscope.

Genetic modifications. Genetically modified mice are ubiquitous in behavioral research. Because their genome is relatively easy to manipulate, genetically modified mouse strains are much more common than rats. Genetic modifications in mice are commonly used to model various disease states, as well as to target or study very specific cell populations.

Cognitive behavior. Rats are superior at maze-learning, as well as learning various operant tasks, this makes them easier to train because it requires less time. It also makes them a better translational model for studying neuropsychiatric conditions like Autism and schizophrenia and impulsivity, as well as for studying hippocampal function as it relates to maze learning.

Now that you know how to choose between mice or rats, next week we will show you how to choose the right behavioral tests for your research.